An Introduction to ANPR 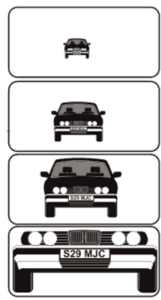 If you scan a document into your PC and then open it in a word processor you cannot edit or alter it in any way. This is because it is simply one bitmap made up of thousands of individual pixels. However, there is software available, frequently a freebie with scanners that can convert these groups of pixels into characters. This is Optical Character Recognition (OCR), which scans each group of pixels and estimates whether or not it could be a letter and replaces the pixels with the ASCII* code for the letter. For instance, the ASCII code for the lower case ‘a’ is 01100001. So, the software scans the whole document and produces a page of letters exactly the same as though you had typed them in, which can be edited or manipulated in any way.

OCR is the fundamental technology used in ANPR and provides the capability to store and sort data. ANPR cameras need to be a special type and set up within certain important parameters as will be described later.

As a vehicle approaches the camera the software takes a series of ‘snapshots’ and stores them in a file. When the number plate is of sufficient size for the OCR software the frame is scanned and the registration number is converted to ASCII code and held in a list. This continues for a series of images according to the speed and position of the vehicle. The list is scanned for similarities and a ‘favourite’ selected to retain. The system would typically scan and compare 10-15 images, with 5 being considered the minimum for high accuracy. Note that this is the principle of the software we are describing; some systems only take one image at a certain position.

This then, is the start of the ANPR capture and is totally dependent on the correct set up of camera, lens, illumination, angle of view and configuration. Get one wrong and you have a disappointed customer who won’t pay the bill.

Where the camera is positioned other than directly in the line of the approaching vehicle the ANPR provider must be consulted. Many systems will not function with more 30° of misalignment.

The positioning of the camera is a most important consideration for satisfactory operation of an ANPR system. This can vary the percentage of recognitions to number of vehicles from 30% or 40% to near on 100%.

There are thousands overseas vehicles on the roads today, many of them with symbols and other labels incorporated into the plate. The ANPR system must be capable of reading all of these. The software should have a built-in list of such plate styles.

Just capturing number plates and storing them is not much use by itself. The screenshot below shows an ANPR example review screen. The associated database should be able to provide much more information. 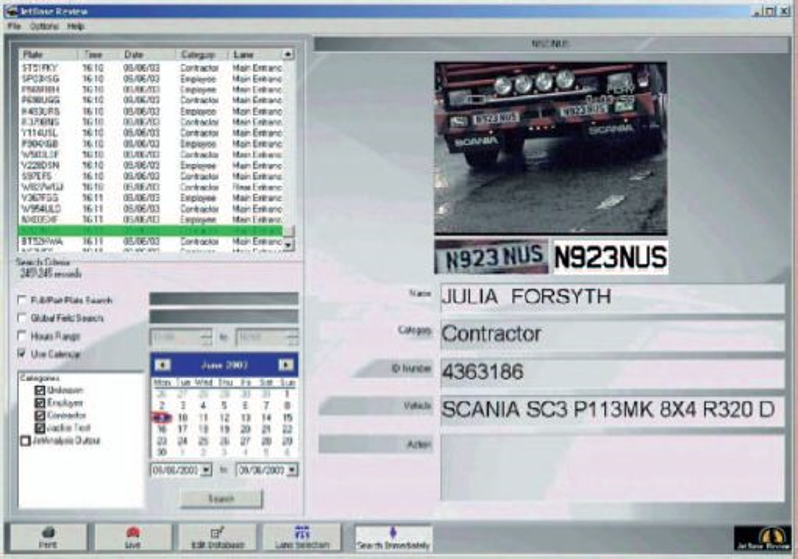 Searching should possible on several fields:

Further functions could be:

This article was written by Independent Consultant Mike Constant and published in CCTV Today Magazine. It first appeared on this website in 2009 and was updated by Robyn Sones in 2019

For more information on how to design and ANPR system please contact us through our reply page.

What Every Retailer Needs to Know

Theft against shops can account for a major reduction in their profits. We have found a small CCTV system to be the most cost-effective form of prevention for shops of all sizes and type. Tagging is expensive while mirrors are often used more effectively by the shoplifter than the shop assistants. Because a camera does…

The British Council of Shopping Centres (BCSC) has issued an Occasional Paper to educate and assist those retail centre managers looking to purchase new CCTV systems or upgrade existing installations. This article picks up the main points of the ‘CCTV User Guide for Shopping Environments’. Operating from its Westminster base in the heart of London,…

Let There Be Light, or: Lux On Your Side Love them or loathe them, it is increasingly difficult to escape the unblinking attention of CCTV cameras as we go about our business, writes Mike Tennent of Tavcom Training. The UK in particular has invested enormous faith and impressive amounts of capital in these electronic security…

What Is Video Analytics? Video analytics is the use of sophisticated algorithms applied to a video stream to detect predefined situations and parameters. These can include but are not limited to the following. Motion Tracking – Following a moving object across the cameras view Object detection – Detect a moving object in the cameras view…

Need to hire Mobile CCTV Unit for event security?? We have a highly equipped Mobile CCTV Unit available for hire providing high definition images from up to 30 cameras and able to operate as a control vehicle for your event. Regularly used for festivals, outside concerts, race meetings and other events where CCTV can add…